Join my next round of the FASTer Way to Fat Loss! October 12th
This page may contain affiliate links. See disclosure.

How to Make Costco’s Pumpkin Pie

My cooking philosophy is to keep it healthy and easy.  Recipes at Hammers N Hugs will include all-natural ingredients that can often be frozen and have been tested and approved by friends and family! Costco has become a giant in the land of bulk sales.  Do I really need 121 boxes of tissues at a time?  No, but surely I am saving a dollar by buying them in bulk. This right here.  It is so true.  Not only have they mastered the art of making me buy what I didn’t need prior to walking into the store, but they have also mastered the pumpkin pie which is nothing short of a Thanksgiving legend and has resulted in shopper aggression on more than one occasion.  Have you ever witnessed a multitude of buyers reaching for the last few pumpkin pies? There is something about their samples and their pumpkin pie that can take the gentlest of women and turn her into a lean, mean fighting machine. What makes this 3.5 lb treat worth fighting for?  Well, it is creamy, smooth, melts in your mouth, and only costs $6.  Although I would still lay down those dollars for our Thanksgiving dinner when I am responsible to supply the pumpkin pie for nearly 30 people, when I am making it at home I want to know their secret!  It’s deliciousness has ruined my ability to fully enjoy the lesser versions.

So what is the secret?  Heavy cream, for one thing.  What does’t taste better with more fat?   And egg yolks for that richer texture.  When I did some research I found several blogs with copycat recipes, but Savor the Best had the most thorough explanation of what made Costco’s pumpkin pie stand out above the rest.  With some slight process changes on my end, the original recipe needs to be credited to them.  I promise you will not regret giving this recipe a try!

How to Make Costco’s Pumpkin Pie If you give this recipe at try, then tag me @ahna_hammersnhugs or use the hashtag #hammersnhugs.

I would LOVE to hear from you! Shop my kitchen & PIN any of the images below for later!

PIN any of the images below! Hi! My name is Ahna.
I love family, DIY projects, French Country design, organic coffee, flannel bed sheets, fasted cardio and cute stretchy pants.
Did I mention that I love coffee??
I am so glad you're here! Read More…

Learn About the FASTer Way to Fat Loss® Have you tried my latest obsession? ⁣ ⁣ Whippe

“When one door closes another door opens; but we

Today on the blog I have 15 fabulous fall recipes

It's #makeoverMonday, and today I am sharing the b

With summer squash, chunks of ham, and a burst of

In typical Pennsylvania fashion we went from 80 de 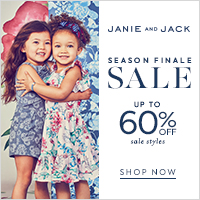 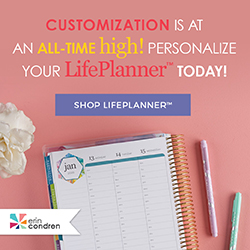 Stay up to date with all the latest

Have you tried my latest obsession? ⁣ ⁣ Whippe

“When one door closes another door opens; but we

Today on the blog I have 15 fabulous fall recipes

It's #makeoverMonday, and today I am sharing the b

With summer squash, chunks of ham, and a burst of

In typical Pennsylvania fashion we went from 80 de

From a pile of weeds to an outdoor oasis, it's our

Have you heard of pumpkin therapy? Yeah, it's a r